The Best and Worst Transport Around the World

Transport is usually just a way to get from one destination to another when you’re travelling, but sometimes, the journey is an experience in itself. From epic train journeys to luxurious first-class flights, the transport options available to get from A to B can range from out-of-this-world to decidedly down to earth. In some countries, transiting on a third-class local train is all part of the experience - but that doesn’t mean you can’t use your credit card to appreciate the more luxurious modes of transport out there from time to time.

We’ve looked at some of the world’s best and worst types of transport to highlight the differences.

Thai trains are notoriously never on time, and they move slowly. The average train speed in Thailand is around 40km per hour and if you choose to save money and buy a third-class ticket, you’ll be sharing hard seats with cockroaches - even on overnight journeys. The third-class carriages can sometimes be windowless, which does help with the lack of air conditioning.

With three rows of bunk-bed style seats piling as many travellers as possible into one bus and floorspace also taken up by sleeping bodies, overnight buses in Vietnam aren’t for the claustrophobic. Many backpackers choose this budget mode of transport to get around Vietnam because a night on a bus means one less hostel to pay for, but Vietnamese sleeper buses can be pretty uncomfortable, especially if you have long legs. You won’t get much shut-eye if you’re a light sleeper thanks to horn-happy drivers. Oh, and they’re never on time. Such fun! 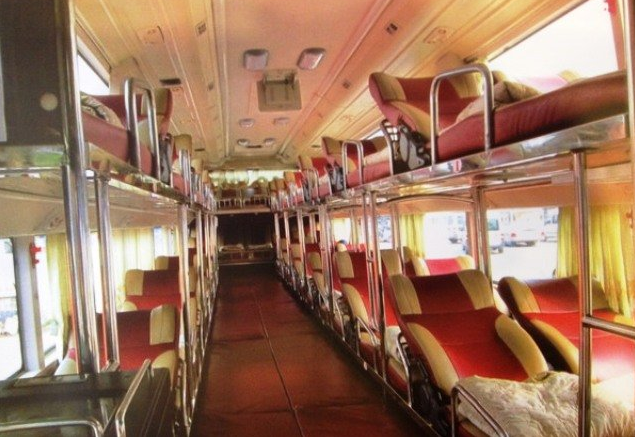 ####Jeepneys in the Philippines

The Philippines has a unique mode of public transport: Jeepneys. These crazy contraptions were originally constructed from US military jeeps leftover from WWII. The kitsch decor doesn’t make up for the crowded, uncomfortable conditions, but that’s all part of the experience, right? Then again, with no seatbelt, generally worn-out mechanics and dodgy drivers, they aren’t the safest of transport options…

These minivans used for public transport run shuttle services for locals, so this is a great way to travel authentically. The downside is that it can be cramped and hot with no air conditioning, plus the driver usually only leaves when the bus is full - there’s no schedule, so don’t expect to know your arrival time. You also might be sharing your seat with livestock, as lots of local traders use bemos to get from farm to market. 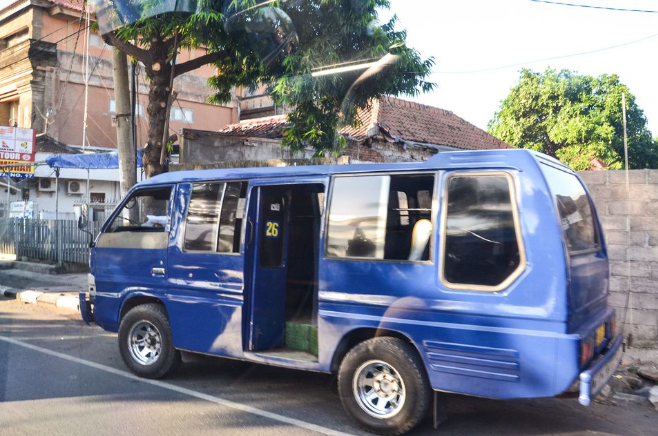 .... AND THE WORLD’S BEST TRANSPORT

Named World’s Leading Luxury Train for six consecutive years, this is like a palace on wheels with two thematic fine dining restaurants and a lavish Presidential Suite onboard. Not too shabby!

In Las Vegas and Dubai, Uber have been known to offer the option to book a helicopter flight through their app. The company started as a luxury black car booking app, so why not move on to shuttling the rich and famous around by chopper? Of course, the helicopter rides are more for fun than for getting from A to B. In Dubai, they depart from a helipad at none other than Atlantis The Palm. 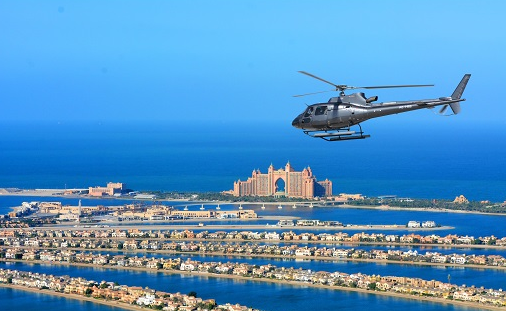 Nothing screams ‘luxury’ louder than a super yacht. There’s a reason that the rich and famous love them! Fashion designers like Dolce and Gabbana and Cavalli all own crazy expensive yachts. Among the most insane are Roman Abramovich’s 563-foot-long, 1.5 billion US dollar yacht, which has its own onboard nightclub, two helipads and two swimming pools. You might not be able to get an invite to the celebs’ ocean parties, but you can charter Richard Branson’s catamaran - for a cool USD $100,000 a week. 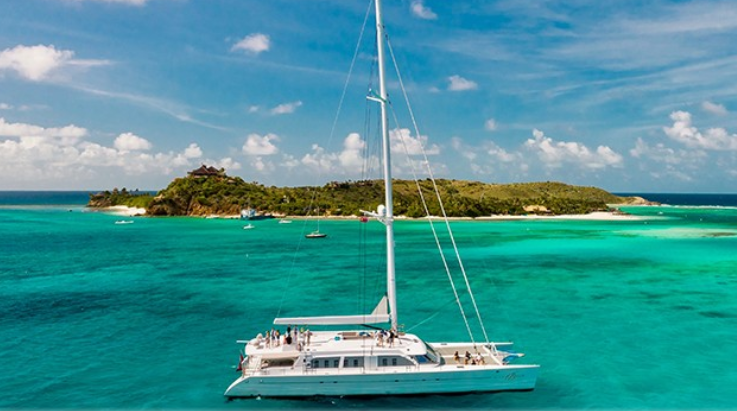 They’ve won awards as the world’s best airline, and the Emirates’ First-Class experience is coveted by everyone who craves a little luxury in the air. The Emirates A380 has an onboard shower, flatbed seats and even an onboard bar for First Class guests. The food’s so fancy you’d almost forget you’re on an airplane and you can sip Champagne on arrival. Serious travel goals!

Cruising isn’t for everyone but for those who try it and love it, it’s a lifestyle. One of the more luxurious cruise liners, the Seven Seas Explorer, has larger balconies than most and is decked out in granite and marble, with almost 500 chandeliers made of Czech crystal and glass hanging from the vessel’s ceiling. Fancy.

With Latitude 28° Global, you can pay for your flights and other travel plans with up to 55 days interest-free - and using your card abroad means you avoid currency conversion fees. Pay no foreign transaction fees on purchases when travelling or booking aspects of your holiday online.