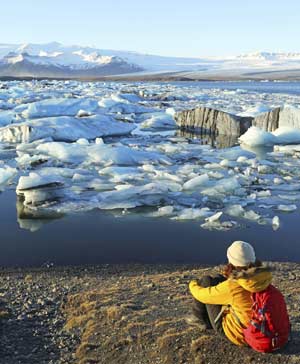 A thrillseeker’s guide to global travel

Whether you’re chasing natural grandeur in the wilds of Africa or decamping for the Pacific to chase island charm, these one-of-a-kind encounters are your shortcut to an instant adrenaline rush.

Think YOLO is an unfortunate catch-cry? It’s not when it comes to travel. From iconic panoramas and inner-city thrills to blissful beaches and classic road trips, these transformative holiday experiences respect the fact that you only live once.

Part of spectacular Serengeti National Park, the 1510 sq. km Maasai Mara is home to more than 95 species of mammals and 570 types of birds. Hire a tour guide and driver for a four-wheeled safari adventure or stay in your tent and watch wildebeest, lions and zebras converge in a real-world ode to The Lion King.

Rugged cliff tops. Zigzag roads. Endless fog. Starting in history-heavy Monterey and winding through Big Sur, a mountainous ravine that juts over the ocean, California’s Pacific Coast Highway could have been lifted from a Beat novel. Stop off at Carmel-by-the-sea, a hive of pastel cottages, galleries and Mission-style architecture before finishing up at Morro Bay, a clearing ruled by a 23 million-year old volcano. Typewriter optional.

3. Spot icebergs from a boat in Iceland

Candy-coloured Reykjavik might be home to a sparkling indie music scene but drive five hours east of the world’s northernmost capital city for arctic thrills of a different kind. Jokulsarlon Lagoon plays host to oversized icebergs and black-sand beaches studded with 1000-year old towers of glacial ice – take a boat-trip to lose yourself in these otherworldly formations and witness the spectacular Aurora borealis, the northern lights.

4. Take a high-voltage techno lesson in a Berlin nightclub

History and hedonism face off in Berlin, the German capital known for its trailblazing museums and serious clubbing credentials. For maximum effect, visit Berghain – a sprawling techno temple housed in a converted power station – or be swallowed up by Watergate, a split-level lair championing house music royalty from Germany and overseas.

5. Drink in sun-dappled vistas on a Greek island

What do you get when you cross white churches, stark hilltops and views of the crystal-blue Aegean? Why, spectacular Santorini of course; the stuff of holiday legend. If you’re tired of nonstop partying there, hop on a boat bound for Milos – a volcanic island that’s home to pocket-sized fishing villages, sublime sunsets and a cluster of red-and-gold beaches.