Tomorrowland, a festival originally spread across one dream-filled weekend now spans two magical weekends. Today, Tomorrowland is the biggest European music festival for Australians – a priority in many young Aussies’ European summer itineraries – closely followed by the likes of Ultra, Glastonbury and Download. The festival originated in 2005 with 9,000 attendees and last year saw a whopping 400,000 partygoers. Over 500,000 people from more than 75 different countries are anticipated to attend the festival’s 14th edition in July. Taking place in Belgium, the headliners for 2018 include Swedish House Mafia and Dimitri Vegas & Like Mike. 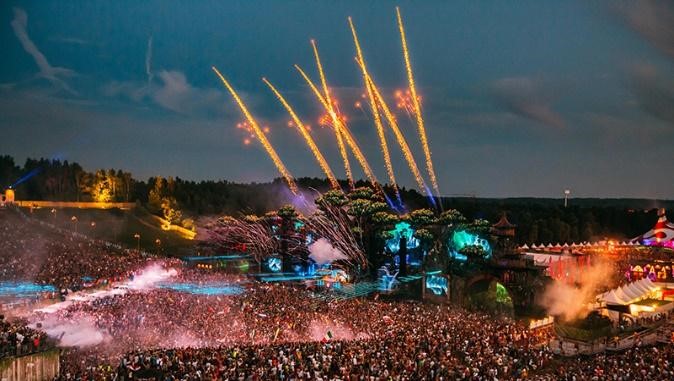 DreamVille, Boom, is located a short 25-minute drive from Brussels Airport or a 38-minute drive from Brussels Midi Train Station, which caters to the Eurostar’s affordable transport offers. Either way you travel, you’ll be able to visit nearby hotspots on your trip such as Switzerland, Amsterdam, Frankfurt, Paris and London. The location also makes for great road trip opportunities.

Each year Tomorrowland’s theme is somewhat like a real-life Disney film. 2018 offers ‘The Story of Planaxis’. You may remember once being told at young age if you put a Planaxis shell to your ear you are able to hear the ocean waves from wherever you are in the world. The theme invites you to a “magnificent new world” where you can listen in to the festival anywhere in the world via the live stream, however nothing compares to being there.

Spread across two mystical weekends from Friday to Sunday starting 20th and 27th July, you have six opportunities to experience The Story of Planaxis. This also includes a “pre-party” in Grand Place, Brussels, where thousands join days before the festival to celebrate the upcoming events. “The Gathering” is open to those camping with a Dreamville Package or Global Journey Package and last year saw 35,000 attendees!

While you may still be able to purchase tickets off friends, for those of you lucky enough to have acquired an original Tomorrowland ticket, the magic begins as soon as it arrives in the post. Unlike other festivals, your ticket arrives in a beautifully crafted treasure box which reveals the story you are about to be a part of. Tickets usually arrive to Australia late June/early July, just in time for the festival. There have been no spoilers that have appeared online yet, but why would you want to spoil the surprise? To get a taste of what you should expect, watch the unboxing of last year’s treasure box below.

Tickets are almost sold out! There are several options remaining, varying from one- to three-day passes, and offering camping or a hotel near the venue, DreamVille. Depending on your location you also have the option to include a flight, coach or train to Boom, Belgium. Last year Brussels Airlines alone had over 236 party flights land in a dedicated terminal from 79 cities all over the world. The party starts when you enter the airport!

You should also expect goodies during your journey and upon arriving to Boom. And for those lucky enough to have a Global Journey Package you will be treated to a “Detox Day” at a secret location where you can recover from nearing a week filled with partying!

Don’t worry if you are unavailable to attend this year, you could still land yourself tickets for next year’s Tomorrowland Winter edition located in the beautiful French village of Alpe d’Huez uniting you with 30,000 people from around the globe. 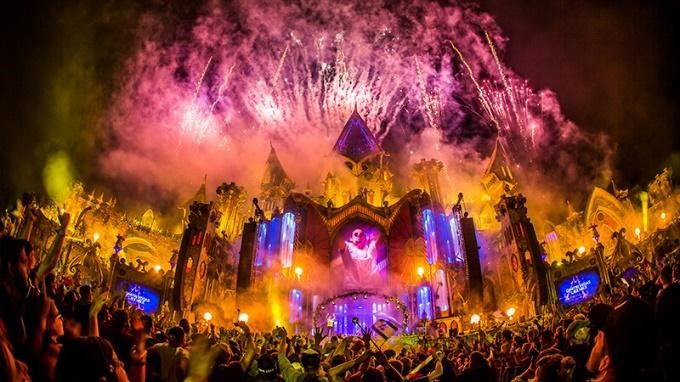 If you can’t make it to Tomorrowland this year, don’t worry you can always keep track of the festival with live streaming via their website!