Not that long ago, Iceland was barely known to all but the most curious travellers. Now, with the advent of low-cost airlines, the emergence of Reykjavik as a regular stopover between North America and Europe, and the success of Icelandic culture and sport, Iceland is definitely on the map. Still very much a world unto itself, Iceland is the perfect destination if you want the wild, the comfortable, the familiar and the utterly bizarre all in one compact location. 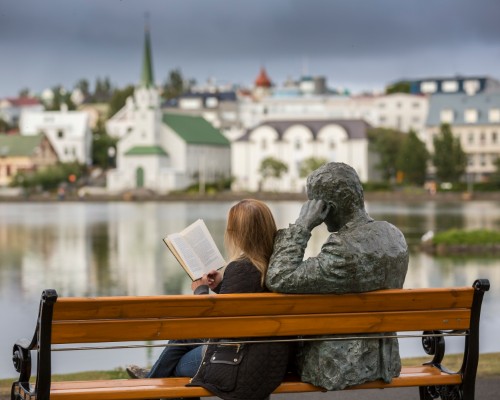 How to get there

If you prefer to really get to know Iceland and have the time, the Norröna ferry service runs from Hirtshals on the northern coast of Denmark, via the Faroe Islands, to the Icelandic town of Seyðisfjørður. A number of companies run tours from Canada, Greenland and Norway during the summer months.

As Iceland declined to join the European Union, it has held on to its own currency, the krona. Like many Scandinavian countries, many foods and goods are imported and luxury goods can be very heavily taxed, most notably alcohol. Food is reasonably priced while restaurants and bars can be surprisingly expensive. Expect to pay around AU$150 for an average meal for two with wine, AU$20 for a take-away meal and AU$6 for a coffee. This means that all-inclusive organised tours can be a cost-effective way to see the country. For more ways to save, use a credit card that doesn’t charge currency conversion fees or international transaction fees on purchases - like the Latitude 28° Global Platinum Mastercard. 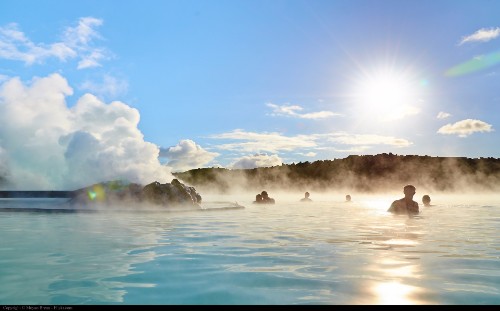 Regardless of when you go, expect wintry conditions. Despite blazing sunlight, Iceland is windy, storms can set in with little warning, and, in a country with some of the earth’s most spectacular landscapes, you should expect to be outdoors. A swimsuit is essential, as is sunscreen (if you’re coming between May and September) and waterproof boots if you plan on hiking. There is so much subterranean volcanic activity that rivers can shift their courses and volume with little warning.

In the summer months Iceland has very long days, around 20-24 hours of sunlight, which can be disorienting for those not spending long in the country. For those visiting for a few days, sleeping hours can be managed by drawing curtains, wearing a sleep mask and sticking to regular meal times. It’s fair to say you will want to cram as much as you can into your days once you’re there. In the summer months, see concerts, festivals, travelling exhibitions, stunning glacial rivers, fields of wildflowers, migrating birds and, especially once you leave Reykjavik, incredible otherworldly vistas. Blockbuster films and TV productions like Star Wars: Rogue One, Game of Thrones, Interstellar and Alien: Prometheus all used the glaciers, beaches and plains of Iceland to represent hostile planets and oppressive but spectacular landscapes, so you may well have already seen more of Iceland than you realise.

One of the best, and cheapest, attractions in Iceland are the geothermal springs that dot the countryside and supply the cities and towns with endless free warm water. Some springs are consistent in their temperatures, others can fluctuate widely depending on volcanic, glacial or other geological activity. The most famous of the country’s thermal springs is Blue Lagoon, conveniently located between Keflavik International Airport and Reykjavik. Many airport bus routes will stop via Blue Lagoon to allow travellers a chance to experience the rejuvenating waters and mud from the steamy springs.

Even if you visit Iceland as a stopover for a day (or less) you can fit a lot into your time. Many of the most remarkable natural phenomena can be seen as part of an organised tour or a quick drive. Geysir – a geothermal area in which a column of water is shot 30 metres into the air every four-to-five minutes, the huge Gullfoss waterfall and Thingvellir National Park, where the European and North American tectonic plates are gradually drawing apart, can all be seen as part of a six-to-eight-hour tour. This is popularly known as the Golden Circle.

If you’re visiting between September and April, you’re arriving during the best time to spot the Northern Lights, or Aurora borealis. These stunning displays of electrically charged atmospheric particles are elusive and depend very much on the right meteorological conditions. Iceland is one of the best places in the world to see auroras and spotting them can be a highlight of a trip. 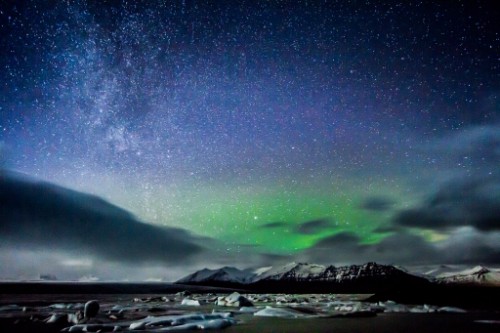 Perhaps it’s the centuries of isolation during the Middle Ages, the resourcefulness that makes their cuisine so unique, the vitality of the arts and literature communities but Iceland is, statistically at least, one of the happiest countries on earth. It is also one of the most community-oriented – which means happiness is shared evenly and trust is shared. Children walk to school together, bikes are left unlocked out the front of shops and, with a population of under 300,000, gossip acts as a moderator on behaviour. Even during the country’s much-publicised financial crisis in 2008, in which thousands of people lost their savings, the island’s happiness actually increased. Why? In a word, community. This is country that values art, self-expression and friendships. Perhaps the Icelandic saying “Better to go barefoot than without books”, explains why.

While Iceland’s many sagas are full of historic accounts of brutal murders, betrayals and countless acts of revenge, today, Iceland is among the safest countries in the world. As a visitor it’s best to follow the usual travelling protocol of being alert but not alarmed. It is also the most peaceful, due to this low crime rate as well as a lack of armed forces and centuries of political stability. Perhaps, being the birthplace of representative government, safety, security and sensibility is in the blood of Icelanders.

In addition to Icelandic, almost all Icelanders speak English and one or two other languages. Writing is a national obsession – around 10 per cent of the population have published a book and most others read voraciously. Park benches in Reykjavik have a barcode you can scan to find poetry and history of the place, the perfect gift to a visitor from a nation of storytellers.

The longer you spend in Iceland the more you can find to love, but even a short visit will undoubtedly give you experiences and sites like nowhere else on earth.