No matter if you’re after an in-depth exploration of one of Asia’s most fascinating cities, a business trip, or whiling away a stopover, if you’re travelling to Hong Kong you’re luckier than you think. For such a compact city, there are so many places to visit in Hong Kong that can entertain, enliven and stay in the memory. Hong Kong is full of surprises and contrasts. After all, this is a city with ancient temples and a suburb called Cyberport.

Getting to know Hong Kong

Travelling to Hong Kong, it doesn’t take long to get familiar with the basics. Though it is officially part of China, Hong Kong is very much its own culture. Owned by the English from the mid 1800s until 1997, Hong Kong has long been a blend of cultures and is the most Westernised city in the region. 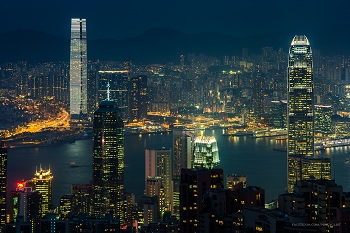 With a population of 7.3 million in just 1,100 square kilometres, Hong Kong is one of the most densely populated countries in the world. While that means your accommodation is going to be in a high-rise hotel and you’re never far from a bustling street or market, it also means that you can get anywhere else, fast. Around 90 percent of Hong Kongers use their efficient, clean and safe public transport system.

Known as the Pearl of the Orient for the impressive light displays on the row of skyscrapers along its deep harbour, Hong Kong has long been known as a centre for finance and commerce. For the tourist, this means you have shopping opportunities that extend from the cheap Chinese knock-offs to the ultimate in luxury shopping where you can max out your credit card. This range also goes for food, with Michelin-starred restaurants next to hole-in-the-wall dim sum. It’s hard to find anywhere else in the world with such a thrilling mix of cultures, architectural styles, languages and cuisines.

Part of being a ‘Special Autonomous Region’ of China means that Hong Kong has its own government and its own currency. An Australian dollar typically buys around six Hong Kong dollars, and head out onto the streets and you’ll find that this can go a long way. Markets are numerous, food is flavoursome, plentiful and cheap and accommodation varies wildly, from the luxurious hotels of Kowloon and central Hong Kong to the rambling guesthouses of Chungking Mansions, one of the most cosmopolitan places on Earth.

Being a global centre for currency exchange, there is an openness to the society just like the free market that brings people from all over the world to trade and exchange.

While around 93 percent of the population is Chinese, both Cantonese and English are official languages in Hong Kong. Over 160 years of British rule has left its mark and English street and shop names mix freely with Cantonese. It’s also one of the few Asian cities where almost all locals speak English, so you can have a suit tailored, order a meal, arrange accommodation and transport without needing to reach for the phrasebook. Of course, for a richer experience travelling in Hong Kong, learning at least a few phrases can be very rewarding. 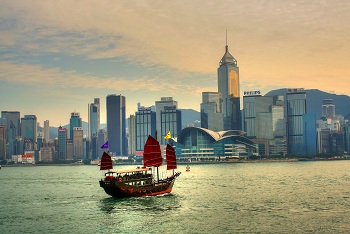 Sitting just north of the equator, Hong Kong is typically warm and humid with temperatures remaining between 20 and 30C year round. From May until September you can expect a regular downpour at least once a day. Mid-year, flowers and foliage come to life in Hong Kong’s many parks, gardens and reserves that fringe the city. The rest of the year rain is less frequent, and temperatures cool slightly especially around November to February. Festivals run throughout the year with Chinese New Year (January 28, 2017), Spring Lantern Festival (February 11, 2017), the Cheung Chau Bun Festival (30 April-May 4, 2017) and the Dragon Boat Festival (May 30, 2017) the highlights.

How to get there and when to book

Befitting one of the world’s financial hubs, travelling to Hong Kong is incredibly easy with daily flights going from most Western countries. In fact, arriving into Hong Kong is likely to be the first of many highlights with Hong Kong International Airport stretching out onto reclaimed land in the South China Sea. HKG is commonly ranked as one of the best airport in the world for its efficiencies, amenities and services. HKG also serves as the primary hub for Cathay Pacific Airlines, and the OneWorld Alliance.

Whether you’re looking for a glimpse into a high-tech future, wanting to connect with the rich history of one of the world’s most densely-populated and diverse countries, find one of the best places to shop, find the roots of Asian action films and movie stars, or if you happen to be an ex-NSA employee on the run, Hong Kong has been the perfect place to go. Long regarded as the perfect example of ‘East meets West’, Hong Kong offers an accessible and rewarding glimpse into Chinese and South East Asian life for English speaking travellers.

One of Hong Kong’s greatest attractions is its skyline. There are more skyscrapers here than anywhere else on earth and every evening sees hundreds of locals and travellers find a vantage point on one of the many skyscrapers to take in the sight of the setting sun and the Symphony of Lights laser and light show. 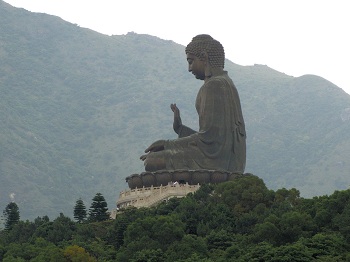 While Hong Kong may be one of the world’s most technologically advanced cities, it is still very much a town that lives on markets and the hustle, sounds, scents and chaos of its street markets is a must see for any traveller. From freshly hooked fish and tasty delicacies to local artwork, Mah Jong sets and Celine handbags that are almost definitely fake, the products are only half the appeal of wandering through a Hong Kong market.

One of the best ways to let Hong Kong surprise you is by taking a glass-bottomed cable car from Tung Chung to lofty Ngong Ping village. The 5.7km ride is an unforgettable experience in itself, but not only can you see out over the whole country, a vast swathe of the South China Sea and much of the jungle of Lantau Island. Even more impressive is what awaits you at the top: the world’s largest bronze Buddha statue. At 200 tonnes and 110 feet, the Tian Tan Giant Buddha is big enough to put a few things in perspective.

Most travellers to Hong Kong don’t think of it as being more than the sprawling towering city. Actually much of the territory is undeveloped and heading out of the city can be very rewarding. One of the highlights of a trip to Hong Kong is to visit one of its many walled villages, some of which are over 500 years old. Within the walls lie golden-roofed huts, ornately decorated village halls, proud temples and mighty walls built long ago when the threat of pirates was vey real. Even easily accessible villages like Kat Hing Wai and Tsang Tai Uk attract few tourists, while visiting the better preserved village of Shui Tai Tsuen can feel like going back in time.

Perhaps the best thing about the blending cultures for which Hong Kong is famous is the food. A rich blend of ethnic cuisines, the introduction of dozens of cultures on top of a deep respect for Cantonese traditions means that whatever you feel like, you won’t go hungry. Top hotel kitchens offer a succulent blend of eastern and western traditions, street vendors hawk dim sum, tea houses share tea tutorials and ceremonies while the vitality of young Hong Kongers, keen to put new spins on traditional favourites keeps Hong Kong amongst the world’s top destinations for adventurous foodies. Many travellers don’t leave their hotel restaurant, understandably, as many are remarkable even by international standards, venturing forth is one of the great Hong Kong experiences.

If street stalls and the lantern-lit laneways lined with crowded tables and billowing steam coming from grills, noodle pots and rice cookers doesn’t tempt you, then the city’s restaurants will.

An institution like the renown Yung Kee offers sumptuous Italian-style lobster risotto at lunch, Cantonese specialties such as charcoal roast goose, sliced abalone and translucent herb dumplings at dinner and turns into a stylish cocktail bar in the evening.

One of the world’s greatest high tea and afternoon teas can be had at the legendary Mandarin Oriental Hotel which also specialises in five-star western dining.

Of course Hong Kong is famous for hosting the world’s cheapest Michelin-starred restaurant, Tim Ho Wan. If you can get a seat without queuing, prepare to be amazed by a meal that will set you back around $5-$15 and make you ask “why not get seconds?” 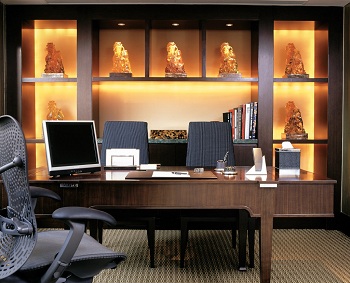 As you can imagine, accommodation is varied, with all major hotel chains operating at least one establishment in the city. Four- to five-star hotels typically cater for affluent visitors and, given the premium on real estate in Hong Kong, are understandably expensive. Since the public transport system is so efficient and well-priced, your location doesn’t matter as much as you might expect. Central Hong Kong is the financial centre, and much of the city’s nightlife can be found nearby, along with well-known hotels. Mong Kok is a primarily residential area which is home to many of the city’s AirBnB options, if that’s what you’re looking for. Mong Kok is a fascinating part of the city with chic retail outlets and the thriving kilometre-long Temple Street night market both a short walk away. If you plan on shopping and only have a few days, then the area of Wan Chai is a well-situated area with many commercial outlets with plenty of hotels to suit a variety of budgets. Websites such as Booking.com, AirBnB, The Hotel Guru and GoHongKong are all useful places to find cost effective accommodation in Hong Kong. But best smart and plan ahead much as possible. Decent places tend to fill quickly.

You probably already know that Hong Kong is a global shopping hotspot, but did you know why? Basic items such as clothes, shoes and foods don’t draw any sales duties, sales tax or import tax so you can get a whole range of products for a snip less. Hong Kong is home to several areas renown for their shopping. Central and Causeway Bay are the best known precincts where the competition between retail outlets keeps prices down, even on luxury goods such as handbags, shoes, clothes, perfumes and cosmetics, especially when clothes are from previous year’s collections. Be sure to keep your receipts to get cash back at the airport.

Away from the luxury stores, designer outlets and exclusive labels, Mong Kok is home to many bargains that have come from just across the border in China. Artworks, silks, souvenirs, teas, snacks and curios can be had for next to nothing. Ladies Market on Tung Choi Street in Mong Kok is home to hundreds of stalls specialising in those looking for feminine garb, while guys can still grab a pair of sunglasses, a hat or duck in to one of the nearby tailors to have a suit made up for a very competitive price. Italian silks combine with very experience handiwork at places used to turning around a suit within 48 hours. Many establishments such as Sam’s, Punjab House and were serving British colonial masters when they first established so clearly know what they’re doing. Prices vary widely, from $70 to over $1000 with many places offering two or three identically cut suits in different colours. For more information, head here.