The Top 10 Wineries in the World

When you think of the best wineries in the world, you probably think of a winery in France, stretching across rolling hills. Maybe a Spanish-style ranch, surrounded by vineyards in California’s Napa Valley. Or perhaps Marlborough Sound in New Zealand, home to some of the best wine from a cool climate. Whatever your idea, a good winery often comes with a beautiful landscape, so the best wineries in the world aren’t that far from some of the world’s most beautiful places. Other wineries on this list may be more productive, they may have better reputations for their wine and they may be easier to reach but no other is a UNESCO World Heritage site, and few would argue that any other has a better location. The Lavaux Vineyards lie along 30km of the shores of Lake Geneva and can be traced back to the 11th century.

By a quirk of geography, the winery lies in a pocket of Mediterranean climate meaning the chasselas grapes grow easily and with a distinctive character. This means the visitor experiences a tranquil and uniquely timeless place. Lavaux’s 830 hectares of terraced vines can be accessed by ferry, car or hiking trail.

Though many of the best wineries in the world are right here in Australia, few cool-climate regions have grown as fast in reputation and significance as Victoria’s Yarra Valley. To find a world-class winery within a day trip of a major city is a rarity. To find one with the reputation of Yarra Yering is even rarer. Though the Yarra Valley is thick with dairies, fruit orchards, breweries and bed and breakfasts, this foodie paradise is best known for its wines, with Yarra Yering one of the most awarded and respected. Established in 1973 by Bailey Carrodus, one of the pioneers of Australian winemaking, Yarra Yering saw Sarah Crowe become the first woman to win winemaker of the year in a perfect example of tradition and breaking trends. 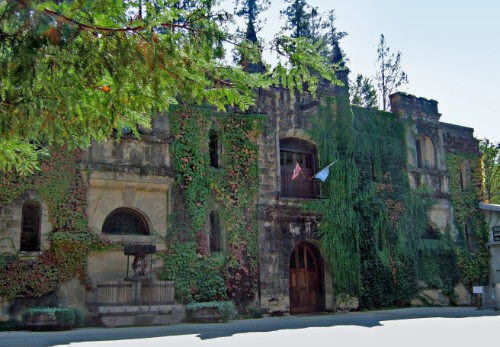 No list of the world’s best wineries would be complete without at least one from California’s Napa Valley. Ever since the legendary Judgement of Paris blind tasting competition in 1976 in which the European judges unwittingly named Californian wines as better than the French and inadvertently globalised the world of wine, wineries like Chateau Montelena have been setting the pace for the world to follow. Renowned as one of the oldest and most picturesque of Napa’s wineries, Chateau Montelena offers tours, tastings and cellar door sales in its distinctive Gothic castle chateau with private lake and grounds. An absolute must-see on any Napa Valley visit. 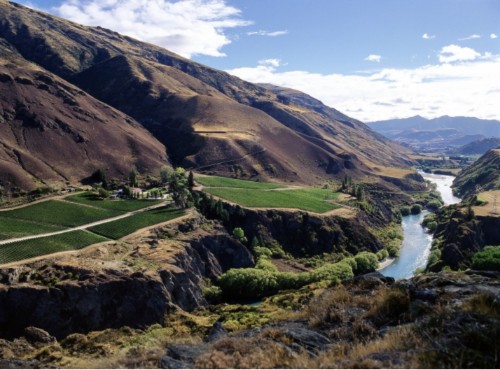 While many New Zealand wineries could be candidates for the best winery in the world, Chard Farm stands apart for several reasons. Firstly, it is an estate that could be appreciated by any teetotaller. Spread over five vineyards in the Central Otago region, the only part of New Zealand that experiences a continental climate, Chard Farm is a family-run operation that channels the best of the region into their bottles. Their wines are not entered into competitions, instead Chard Farm prefers to experiment, chasing ‘interesting’ rather than ‘special’, an approach matched by their eccentric architecture, their engagement with the Otago community and the deep knowledge of the environment. Chard Farm is the perfect example of a small winery whose produce epitomises a place. In this case a pinot noir worth the 20km drive from Queenstown. 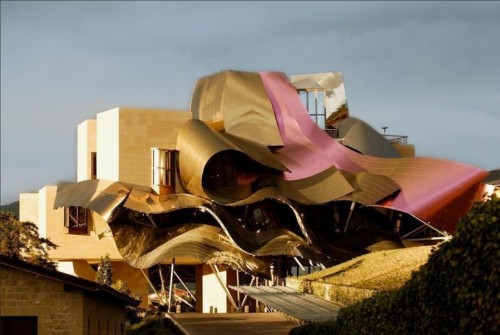 From integration into a remote New Zealand community to an ostentatious jewel in the Spanish crown. Some wineries will make do with a small functional building as their centre, but not Marques de Riscal. When they decided to build a hotel and function centre for their estate they called in superstar architect Frank O. Gehry who designed a building named The City of Wine. Located in the heart of Spain’s Rioja Alavesa region, Marques de Riscal is best known for Gehry’s architectural clash between the estate’s mid-19th century cellars and his 21st century avant garde design that also houses a Michelin-starred restaurant. While it seems that distractions from wine abound here, the wines have won an inordinate number of medals and few were surprised when Wine Enthusiast magazine awarded Marques de Riscal its Best European Winery award in 2013. 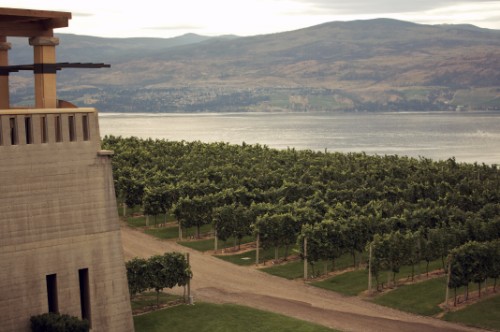 Described as “the centrepiece of the Canadian wine tourism industry” by Travel and Leisure magazine, Mission Hill is as renowned for its dazzling location on British Columbia’s Okanagan Valley as it is for its wines. With five vineyards spread out along the valley, many bordering its glacial lakes, the diverse microclimates and wide range of soil varieties produce an unusually wide variety of grapes. The Okanagan Valley, located inland from Vancouver and just north of the US border, is lined with hiking trails, ski slopes, stunning panoramas and villages with outstanding restaurants. Unlike California’s wineries, the northern latitudes mean that visiting during summer often gives 14 hours of daylight, more than enough time to explore other nearby wineries and the stunning landscape. 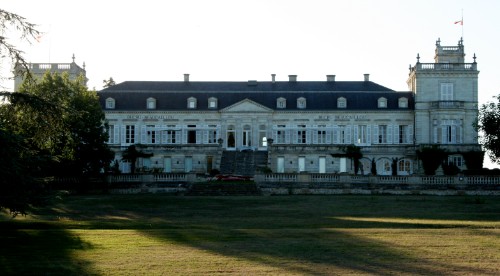 Named for the large gem-like stones growing in the winery’s 18th estate, this prestigious French winery is located 25 miles north-west of Bordeaux in the heart of the Haut Médoc region and has been long renowned for its location and grand estate as for its wines. A comparatively small winery, Ducru Beaucaillou was established in the early 18th century and is considered one of the finest vineyards in Bordeaux, and a classic example of French winemaking at its best. While there are dozens of wineries in this region of France, Ducru Beaucaillou is one of the most striking, situated overlooking the Gironde estuary in a castle still inhabited by the winery’s owners it’s a classy old-school example of grand cru-grade winemaking, the culmination of centuries of harvests.

The dark horse of global wine production, South Africa has been producing quality wines since the 1650s but only recently has its production been enough to make inroads internationally where it has been consistently awarded. The Hugenots may have brought their French winemaking traditions to South Africa’s Franschhoek Valley, but the ingenuity and resourcefulness that have lead to the region’s success are purely down to the locals. A visit to a winery like Holden Manz is a perfect accompaniment to the typical African outdoor adventures. Other regions boasting established wine routes, with high-quality restaurants and stunning scenery, include Stellenbosch, Constatia and Overberg. 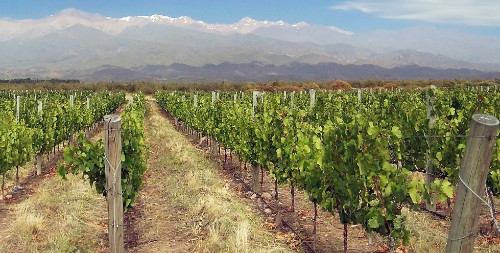 When you talk about the top 10 wineries in the world, there are virtually none higher in elevation than those of Argentina’s Mendoza region. As the world’s fifth-largest producer of wine, the quality of Argentina’s output has long since matched its quality, but it still attracts far fewer visitors to its wineries than other global leaders. This means the visitors that do come, much like those to South Africa’s vineyards, are rewarded with outstanding hospitality and wonderful opportunities to see this burgeoning powerhouse. Best known for its Malbec, a Bordeaux variety imported to Argentina from France in the mid 19th century, the Mendoza region is the crowning jewel in Argentina’s wine country. High in the Andes, sometimes over 1km above sea level, estates such as Susana Balbo’s Domino del Plata match the vistas from their winery restaurant with the reputation of their red wines, consistently awarded high marks in competitions the world over. 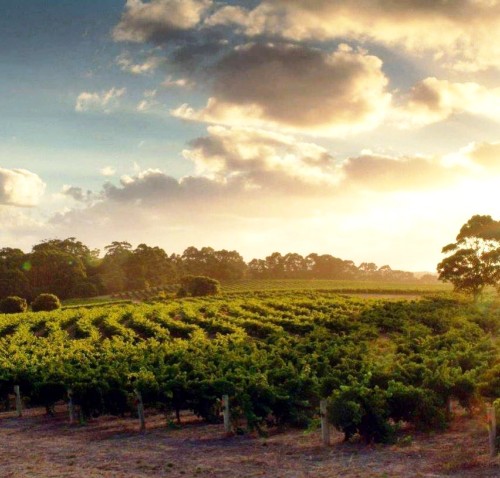 Western Australia’s Margaret River is one of the Southern Hemisphere’s most renowned and productive wine-making regions. Chief among the 60-odd wineries that populate the area is Leeuwin Estate, one of the founding wineries of the region. Not content with creating globally-recognised wine from its verdant cool-climate vineyard, Leeuwin Estate is also home to an award-winning restaurant and frequently opens up to host concerts from national and international musicians as well as an art gallery, golf course and plenty of distractions for those travellers appreciating the location more than the wine. For those time-poor travellers, Leeuwin can arrange flights down from Perth to land on their private airstrip.