The 10 Best Mediterranean Spots to Discover

Think of a Mediterranean holiday and you think of gorgeous beaches, crumbling ruins, gentle sunshine and dining al fresco on some of the world’s finest food and wine. It’s difficult to imagine a more perfect life. Unfortunately, the places you might imagine are likely to be overrun with other likeminded travellers, so to get a slice of paradise all your own, some research is in order.

Here are some places that deserve consideration for any Mediterranean tour or holiday. All of these locations are easy to travel to from the major international airports of Rome, Athens or Marseilles. 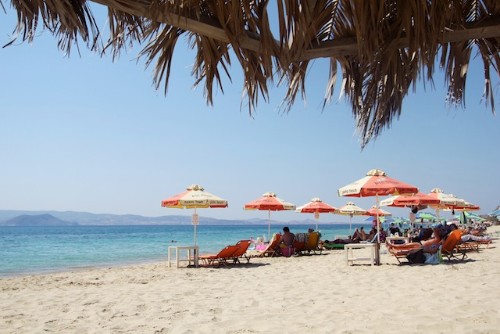 This Greek island is blessed with idyllic white sand beaches and hidden coves and cool breezes coming in off the Aegean Sea. Naxos boasts countless small white-walled villages with impossibly rich histories, Juniper groves and countless places you won’t want to leave. Not only is it easy to catch a ferry to a smaller island if you want to escape the crowds, but the beaches of Plaka and Agios Prokopios are so long that it’s easy to find a place of your own. If you decide you’d rather spend some days in the shade, head inland to the verdant forest-covered mountains, the legendary home of Dionysus, the god of wine. 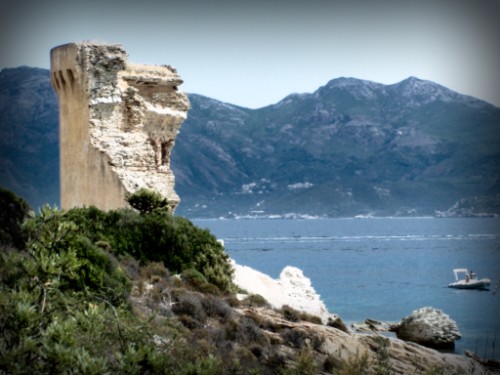 No Mediterranean tour or holiday would be complete without a visit to the warmest shores of France’s largest island, Corsica. Boasting some of the finest food and wine in the region, the island spent centuries under the rule of Italy and sits now as a curious mix of Italian tradition, French colonisation and African influence. The walled city of Bonifacio is home to photogenic buildings and gorgeous views out over the Mediterranean. If you’re feeling active, the Aiguilles de Bavella are incredibly scenic mountain peaks around which mouflons, or wild mountain sheep, gamble. Visit Corsica if you have limited time and you want to taste the finest Mediterranean cultures in one place. 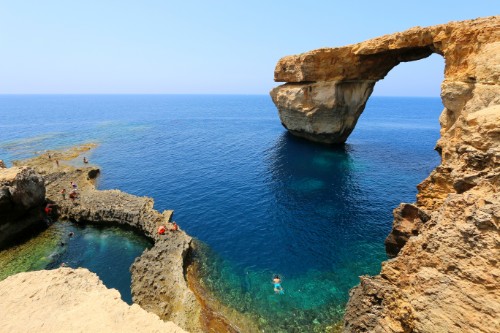 While the Brad Pitt and Angelina Jolie film By the Sea might not have lit up the box office, it did showcase the beauty of the small Maltese island of Gozo, a place still well and truly off the map for most Mediterranean visitors. Gozo is best known for its curious geological formation known as the Azure Window, near the town of Dwejra, which brings countless daytrippers as well as Game of Thrones fans, who may recognise it from some key scenes in the TV series. For a deeper look at Gozo, venture away from Dwejra to explore the east side of the island with its winding seaside roads, quiet villages, picturesque coves and remarkable seafood restaurants.

Minorca, or Menorca, is one of Spain’s many Balearic Islands. It’s hard to include just one but this tiny island can boast 120 beaches as well as pine clad cliffs, sleepy towns, Georgian mansions and picturesque churches. Despite being known as being the quietest of the Balearic islands, throughout summer Minorca hosts a series of traditional fiestas beginning in late June which combine traditional rituals with dancing, drinking and singing. Visiting the island’s many beaches, or calas, can offer the picture-perfect Mediterranean holiday. 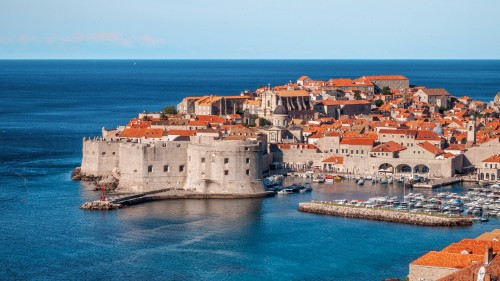 Perched on a sliver of Mediterranean coastline, the walls of Dubrovnik are crowded with red-roofed houses, timeless in their appeal. Already a regular stop on Mediterranean tours and holidays, Dubrovnik offers inspiring walks through its old town, or along its city walls where the gentle breeze of the Adriatic sweeps in during the summer months. Game of Thrones fans will also enjoy the fact that Dubrovnik is main filming location for ‘Kings landing’ scenes in the show. UNESCO protected and boasting centuries of vibrant – and sometimes violent – history, that so much is preserved is remarkable. Music, arts and cultural festivals keep the city thriving during the summer months. 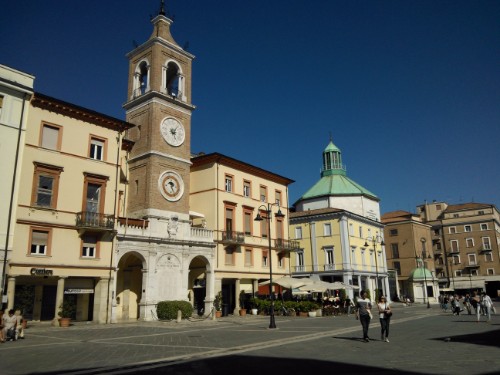 Slip down to the sole of Italy’s boot and you find some of the cleanest waters, the most fetching beaches and the warmest seas. Rimini is a small city with acclaimed restaurants, splendid cafe-lined piazzas, Roman temples and the iconic Tiberius Bridge. Most tourists here will be Italian, such is the national reputation of Rimini. Visit Rimini by taking a flight from Rome to the local Frederico Fellini International Airport. Classy.

If you’re wanting a bit of cosmopolitan charm with your Mediterranean getaway, Nice, gateway to the French Riviera, is a solid choice. Accessible by most major airlines as well as budget carriers, Nice boasts dozens of top-tier restaurants, high class hotels and plenty of competition for your dollar, meaning bargains can be had if you look. With stunning museums and galleries boasting the works of the masters old and new, Nice is one of the Mediterranean’s cultural capitals.

Cephallonia is the largest of Greece’s Ionian islands. Though famous for its beaches and pristine coves, inland the traveller finds ancient vineyards and olive groves, the scent of oleander, the bells of wandering goats and flower-strewn meadows. The villages of Assos and Fiskardo look much as they did in the middle ages, but the real drawcard is the underground lake of Melissani, a stunning natural wonder with cerulean waters and stunning acoustics. Fans of Captain Corelli’s Mandolin should seek this out as most of the filmed adaptation was shot on Cephallonia. 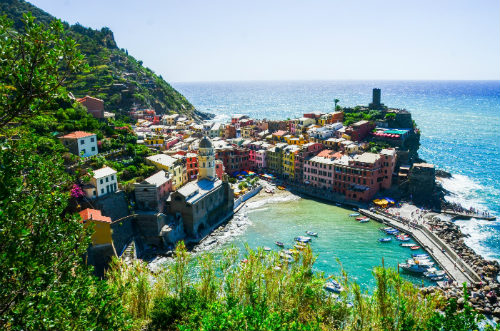 Here, peace and quiet and stunning natural beauty are found amongst some of the steepest cliffs and wildest coastal scenery in the world. With a series of five fishing villages and a stunning coastline, trying to hike between them can buoy the most cynical of visitors. Cars were banned around a decade ago, which gives the area an otherworldly charm. Boasting many buildings from the high middle ages – churches, castles and mansions – the villages are ringed by terraced cliffs that serve as a stunning backdrop and provide the area with some of the raw ingredients that make this one of the globe’s culinary hotspots. 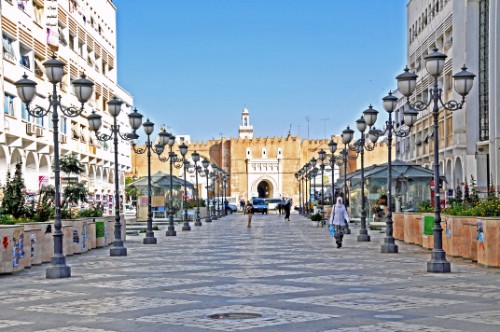 If you’re wondering what the Riviera and Tuscany were like in the 1970s, then consider northern Tunisia. A land rich with Roman and Spanish ruins, rolling hills, verdant valleys and beautiful villages, it is still largely undeveloped for tourists. The more adventurous and thrifty Mediterranean tourist can visit the Museum of Carthage, the wood-beamed cafes in the old quarter of Tunis, and the sprawling date and fig gardens along the northern coast. Sights like the divine Sfax Medina are at once unlike anywhere else, but an integral part of the history of the Mediterranean region. Flights into Tunis come from most major European airports.