While the USA may be the iconic road trip destination, nowhere on Earth boasts the variety of experiences, the practicality of distance and the dizzying array of options as Europe.

With millions of kilometres of road and the opportunity to go from a sun-kissed Mediterranean beach to a five-star ski resort within the same day, there are hundreds of great road trip ideas.

Here are a few of the best:

The Ring of Kerry, Ireland

With nature that has inspired some of the greatest writers, music that has moved millions with its energy and poignancy, and some of the finest hospitality anywhere, Ireland is a must see for any European road tripper.

The Ring of Kerry is the jewel in Ireland’s crown, taking in glimmering lakes, medieval ruins, rich green fields, rugged coastlines and awe-inspiring views. As the name suggests, this road trip can be done in a loop and takes anywhere from a day to a week. Most road trips begin in the town of Killarney, though a smart idea is to begin in Kenmare and avoid the tour busses.

Highlights include Through Killarney National Park and the picturesque towns of Castlecove and Waterville. 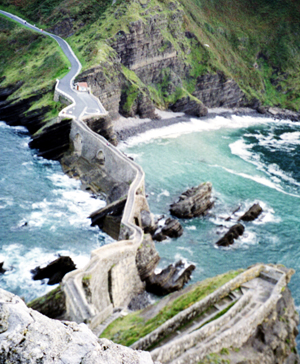 For those who love to break up the driving with a gourmet meal, there are few better places in the world that Spain’s Basque Country.

Home to more Michelin-starred restaurants than anywhere else in the world, you don’t need a six-figure income to eat like royalty. A road trip is an ideal way to see Basque country because it’s a place you’ll want to move through at your own pace. Boasting world-class art galleries, stunning mountain vistas dotted with castles, and seaside towns with dirt-cheap pintxos bars, this is the perfect place to escape.

Begin in the port city of San Sebastian where it’s a short and scenic drive following the coastline to Lekeitio, a town famous for its beautiful harbour and some of Europe’s finest seafood restaurants. It’s a good place to spend the night before a drive inland to the town of Guernica, home to a small but charming market and the world-famous Peace Museum.

From there, returning to the coastline provides the opportunity to explore the tiny island of Gaztelugatxe, connected to the mainland via a manmade bridge. Its calorie-burning path and stairway lead to a view for the ages. Driving to Bilbao from here will take you past a dozen tiny villages and farmsteads before you reach the outskirts of Bilbao, one of Europe’s most cultural and gastronomic hubs. 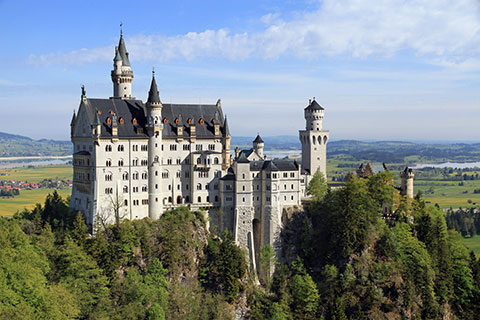 For one of Europe’s most romantic vistas, it’s hard to go past a picture of Germany’s Neuschwanstein Castle – a highlight from one of the classic European road trips, the Alpine Road.

This 450km drive from Lindau, on the shores of Lake Constance, to Berchtesgaden on Lake Königssee on the Austrian border, takes in dozens of picturesque towns, soaring peaks, alpine meadows and inviting walking trails. With cosy beer gardens, lakeside cafes and rustic cottages with hearty menus, it’s what road trips are all about.