When it comes to planning a holiday, nothing gets burned into the memory as much as one that takes in extreme activities. By extreme, we’re talking adrenaline-racing, fear-conquering, comfort-abandoning craziness. Extreme adventures will vary from person to person, but these five ultimate extreme activities are guaranteed to be the stuff social media was made for. 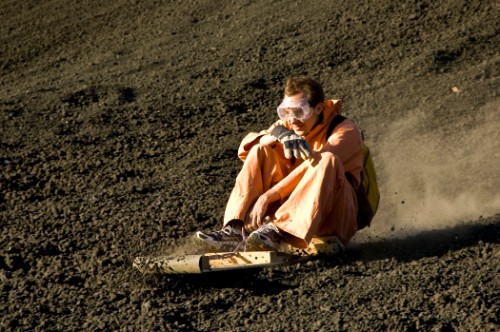 It’s no longer enough to get close to the rim of a volcano (as you might in Hawaii), take a helicopter over it (as you can in Iceland), or marvel at the way the lava glows on a night-time hike (which you can do in Costa Rica) – you’ve got to get on it. Volcano boarding was pioneered by an Australian (of course) just outside the town of Léon, Nicaragua, and it’s there that you zip up your heat-resistant suit, grab a board, hike and then surf down the side of the very hot and very active Sierra Nevada volcano. Boarders can move at speeds of up to 90kmph and, using your feet to break and your well-primed nerves to avoid jagged volcanic rocks, will get some serious adrenaline rush. The volcanic scree is not as forgiving as sand or snow. 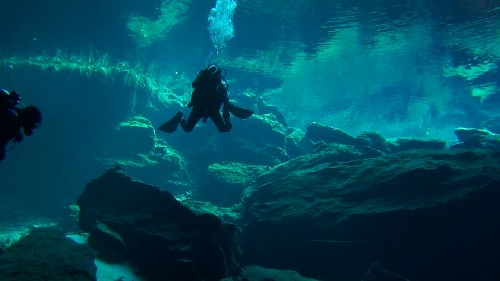 Deep sea diving offers its own thrills and adventures. Freshwater cave diving offers sights – and dangers – that you can’t find in the ocean. Deep cave diving is touted as being one of the last barriers of exploration on earth, and one of the great stresses you can put on your body and requires a lot of experience, and often some self-designed technology, to allow access to these new previously-unexplored areas. Those with less experience can get some extreme sport action visiting Mexico’s Yucatan Peninsula. With some incredible rock formations, stalactites and a lot of fascinating mythology around them, Mexico’s freshwater pools (or cenotes) are actually gateways to vast underground river and cave systems that are still only partially explored. Definitely an extreme activity that rewards anyone with a waterproof camera.

If you think of freshwater cave diving as the extreme version of deep sea diving, heli-skiing is for those who want something a little more extreme than skiing. Heli-skiing is will have you launching yourself from an airborne helicopter to access some virgin powder that would be otherwise inaccessible. The stuff of Bond movies and viral videos, heli-skiing has been banned in Europe but is still available in New Zealand and Canada. The deepest and softest powder is, according to the experts, found in Alaska’s Chugach Mountain range. These peaks lie deep inside the 53,000km2 Wrangell-St Elias National Park. Not a place that is about to be overrun with tourists anytime soon but one that rewards anyone experienced and brave enough to make the trip. 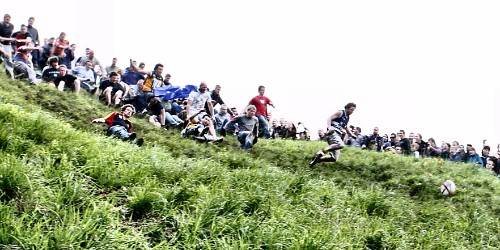 Far from being the subject of weird news stories, cheese rolling combines ancient tradition with high-octane thrills and serious danger. An extreme activity that has been exported into Canada, New Zealand and Australia, the biggest and most dangerous place to try it is where it all began, in Gloucester, England. On the last Monday in May, a small wheel of Double Gloucester cheese is rolled down the slippery grass slope of Cooper’s Hill, near the typically peaceful town of Brockworth. Following it come several hundred runners, many of whom quickly become tumblers and some of whom are wounded or injured in the chase, and many of whom come back year after year. 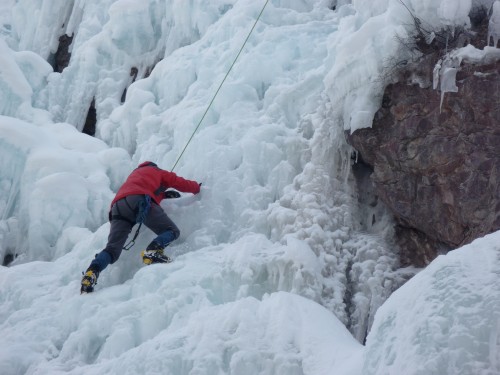 Sure, hiking glaciers is incredible, climbing mountains is amazing and frozen waterfalls are stunning, but combine them all and you have an extreme sport that trumps all three. Climbing frozen waterfalls and the odd glacier is such an adrenaline-charged and addictive pastime that Colorado sets aside a whole area just for this express purpose. While you can find some impressive sites in Iceland, Scotland and Scandinavia for this, Colorado’s Ouray Park is breath-taking, and is the perfect place to try it out and work your way up to some incredibly difficult climbs.