5 City Breaks Made More Affordable by a Stronger Aussie Dollar

The plunging value of the British pound has made headlines recently, but that’s only one currency against which the Australian dollar has gained strength. Of course, this means that now is a great time for Aussies to travel overseas. Whether you’re considering a stopover or something different for a short break, these are just a few places to consider.

The Myanmar capital has always been a fascinating city, but the last year has seen a huge investment in tourism with new hotels and new infrastructure. It’s also seen a 17% rise against the Australian dollar, which makes it even more easy to live like a king in this ancient country. Further off the beaten track than nearby Angkor Wat (also incredibly cheap for Australian travellers), this is the place to say you went to before it became cool.

Already a go-to city break or short stopover, Bangkok has been a perennial favourite for decades for the budget-conscious Australian traveller. Now cheaper than ever, and with hundreds of new hotels looking to cater to the growing Chinese holiday market, 2017 is a great time to travel for Australians. With competition amongst package holiday dealers fiercer than ever, it won’t take long to find a very cost-effective city stopover or short break option to get a peek at this beautiful and peace-loving country.

While the long-term impact of the UK’s Brexit vote won’t be known for years, the short-term upshot is it’s a brilliant time for Australians to visit London. Already a perfect place to base yourself for some ridiculously cheap flights into Europe. Few cities in the world can match London’s capacity to entertain the traveller on a city break and any length of time you spend there is likely to feel too short.

There are plenty of places you can stopover if you’re travelling to or back from Europe, and Rio is unlike any other. A remarkable 33% cheaper than a year ago, the city has got hotel rooms galore, once occupied by Olympians, are now going cheap. Holiday packages are better value than ever now, and the big attractions – the scenery, the food and the carnivale atmosphere – is still there in force. 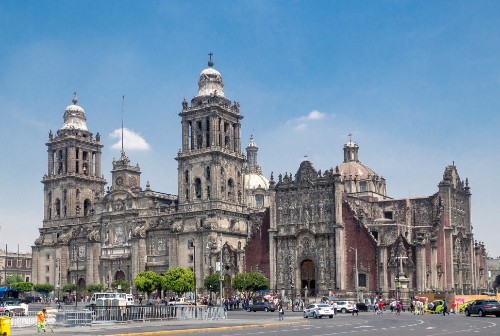 With the US more expensive now than it has been in years (though that could very easily change), why not opt for a city break south of the border. The Australian dollar has made huge gains against the peso in 2016 and this gloriously diverse and fascinating country is now open to the thrifty Australian like never before.

While a short break in Mexico City will reward any curious and adventurous traveller with its exciting bars, incredible food and ancient ruins, the true treasures of Mexico lie further afield. The beachside resorts of Cancun and Playa del Carmen have long brought travellers looking for a luxury break, with ancient Mayan ruins nearby for those wanting a break from tanning and tequila. For a true taste of Mexico, try Oaxaca, also accessible as a short-break stopover on the way back from the East Coast US or Europe.