2019 Largest Music Festivals: Where to Go and How to Book

Anyone who's experienced a music festival can attest to the electric energy in the air. Whether you're looking to groove to deep house artists or your favourite pop stars, our list of the world's largest music festivals is sure to cater to even the most eccentric of tastes.

Held over two weekends in April, Coachella is best known for its slew of celeb attendees and eclectic mix of top-tier performers. With previous headliners like Beyonce, Lady Gaga, Tame Impala and Ariana Grande there's an artist for everyone to enjoy when you aren't busy admiring the kaleidoscope of weird and wacky outfits on show. In between performances there are plenty of activities to immerse yourself in from art exhibitions showcasing local and international designers to spectacular firework displays. You won't go hungry either with a plethora of delicious food trucks and full-blown restaurants on-site to cater to your every desire. Ready to pack your bags? Start by joining the Coachella waitlist here for a chance to nab yourself an elusive ticket in 2020.

If your interests lie in psytrance music, we guarantee you'll fall in love with Australia's Strawberry Fields festival. Held in November each year, this transformational event attracts an enticing mix of artists playing tracks that span deep techno to neo soul and beyond. When you aren't being absorbed in the beating tunes, there's a myriad of workshops to experience from health and wellbeing sessions to hula hooping and belly dancing tutorials. Don't forget to bring your favourite doof stick along to help your clan stick together among the festivities, or you could always plan to meet in the cooling shores of the Murray River. Keep an eye on Strawberry Fields' Facebook page for festival updates and ticket release times to ensure you don't miss out!

Splendour in the Grass

Held on the second last weekend of July, Splendour in the Grass promises an unforgettable weekend set in North Byron Parklands in NSW, Australia. Past headliners include the likes of Kendrick Lamar, Arctic Monkeys and local talents such as Flume and Hilltop Hoods, who have dominated the stage since the festival's inception in 2011. More than just another music festival, Splendour also hosts a comedy show with a roster of hilarious Australian comedians who are guaranteed to have you in tears by the end of the night. Arts and crafts are another surefire highlight with an array of hands-on experiences for budding artists to dabble in. Tickets historically sell out within 30 minutes of their release in April each year, so keep an eye on the Splendour website and put yourself on the resale waitlist. You can also join the Splendour mailing list here so you can be in the know for line-ups and ticket sales to one of the best music festivals Australia has to offer.

Electronic dance music aficionados will be familiar with the entrancing beats of Belgium's most happening festival. Showcasing both local underground artists and international stars such as Steve Aoki and Martin Garrix, it's no wonder that Tomorrowland brings together over 185,000 people from 75 countries on the last weekend of July each year. From spectacular light shows to jaw-dropping stage productions that come together like the best on broadway, the festival truly embodies the immersive spirit that EDM festivals are known for. If the thought of attending Tomorrowland has your heart pumping, gather your mates and grab your tickets here.

If the idea of partying in a Petrovaradin fortress piques your interest, you might fancy paying a visit to Serbia's biggest music festival, Exit. Run over the first weekend of July with more than 40 stages blasting music from rock and heavy metal to reggae and lounge music, the hardest part will be figuring out how many acts you can manage to squeeze into one day. With the festival organisers giving away a free ticket for every four purchased, now's the time to jump on their website and grab this offer before they change their mind! Checkout the full lineup here to get a headstart on your planning before you set off for the best weekend of your life.

What started as a touring festival around North America has now found a home in the heart of six major cities across the globe. Boasting over 180 acts across four epic days, Lollapalooza's rightfully earned its reputation for being the epicentre of music festivals around the world. The Chicago leg of the festival kicks off at the start of August, but the global lineup is anything to go back, you'll have your pick of Paris, Stockholm, São Paulo and the rest on the festival's global circuit. If the 2019 Argentinian lineup is anything to go by, you should start packing your bags this weekend. Sam Smith, Twenty One Pilots and Macklemore are all scheduled to make appearances at Lollapalooza's renditions across the globe, and we've got our fingers crossed that they make it to Chicago too. Have the lineup delivered straight to your inbox as soon as it hits when you register for their Lolla e-list here. 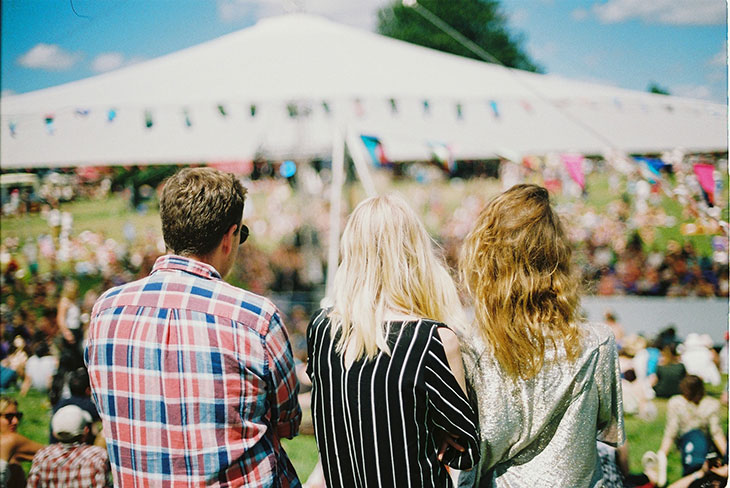